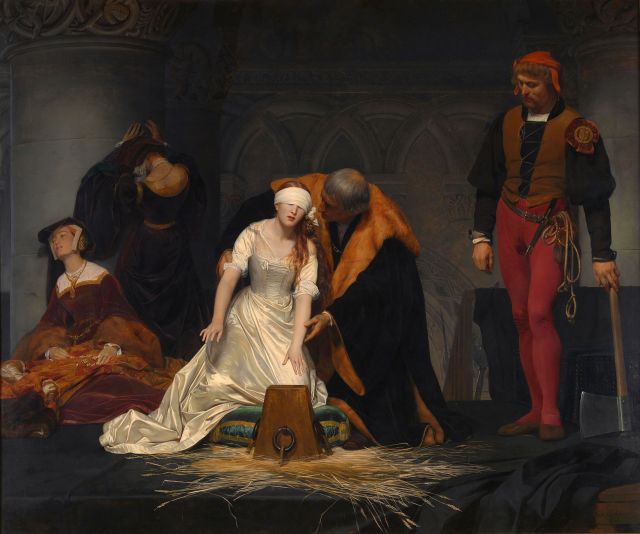 If you speak of Lady Jane Grey anywhere in London, people will sigh and say “Poor Lady Jane.”

When King Edward VI, 15-year-old son of Henry VIII, was on his deathbed, he named Lady Jane as his successor instead of his sisters, because she was Protestant and his siblings were both Catholic.  Jane accepted reluctantly.

She ruled for nine days before the Catholics had gathered enough support to retake the throne, whereupon she was immediately imprisoned for treason.  However, there were calls to spare her from execution.

Unfortunately, two months later there was a Protestant rebellion and even though Lady Jane was not involved at all, Queen Mary I decided she had to go.  She spent her last days in prison practicing the art of finding where on the executioner’s block to lay her head while blindfolded.  However, on the day of her execution she failed to find the block and cried.

She was 19 years old, and her reign was so short that she carries the honor of being the only Monarch who never had a portrait painted of her.